Occupational fraud is the most common type of fraud worldwide and quite popular in T&T, according to Jerome Chambers, director of Global Forensic Institute.

However, he said many companies are afraid that cases of fraud by employees get out to the media and give the company a bad name and so they cover up fraud cases.

“A lot of board members of companies tell me that. If there is bad press then there will be a run on the organisation and people would not want to do business with them. However, I believe that by exposing fraud in your business, it could also come across that the company is setting a standard of behaviour. So it could be benefit the company to report what the employee has done,” Chambers told the Business Guardian.

He defined “occupational fraud” as internal fraud or fraud committed by a person against the organisation for which he or she works and it can be classified into three primary categories: asset misappropriations, corruption and financial statement fraud.

According to the T&T Coalition of Services Industries (TTCSI), a study by the Association of Certified Fraud Examiners (ACFE) indicates that worldwide fraud costs organisations an estimated five per cent of their annual revenues and this translates into nearly US$3.7 trillion globally.

Recent surveys by PriceWaterhouseCoopers and Ernst &Young show that incidents of fraud have increased by 22 per cent globally.

According to the TTCSI, a recent survey done locally to determine how service providers viewed fraud in the workplace, revealed that 66 per cent did not feel they had the requisite controls entrenched in their written policy to fight and prevent fraud, bribery and corruption and are incapable of identifying red flags for persons in trusted positions.

Chambers told the Business Guardian via e-mail on Tuesday that as far as he is aware, the T&T Police Service does not classify occupational fraud for public reporting but for the period January to July 2014, there were 84 cases of general fraud that were reported.

Chambers spoke to the Guardian two Fridays ago at a seminar held by the TTCSI and the Global Forensic Institute during the International Fraud Awareness Week at the Normandie Hotel, St Ann’s.

Chambers said an investigation by Global Forensic Institute shows that many companies are afraid to reveal fraud even when it is large amounts that the employee has stolen.

“Part of the problems is there are a lot of employers who do not want it to be public. We have investigated a lot of fraud in businesses where they find out about it and where we drilled to find out the amount. I recall one case where it was by an employee who was at the business for 25 years. They thought the amount stolen was about $5,000 to $10,000. Halfway through the investigations we got the person to confess it was $30,000. We continued and it then came up to $95,000. The recommendation of Global Forensic Institute was that the matter should be reported to the police. The organisation took the decision they did not want to report it.”

He said the company decided to work out an out-of-court settlement with the employee.

He urged companies to be “proactive.”

“I normally recommend to companies to take a fraud check up which means test your control systems.

“Global Forensic Institute offer these services and, during Fraud Awareness Week, we were offering it for free. Once your company gets the report, then it is up to you to decide what you want to do. Based on that we can make recommendations on how to tighten it up and what to do. If a company does not report it, the employees that are still there and have not done anything wrong will get the wrong signal. Companies need to set the standard,” he said.

He said reported statistics are way below how prevalent fraud really is in the country.

“For every case reported, it is said there is a much higher percentage than that which was not reported because people are afraid and they accept their results. One business owner said recently that as a retailer they expect fraud and simply factor it into the pricing. This sounds shocking which means the consumers pay for that,” he said.

He said there are times of the year, where particular types of fraud are committed.

“You will see the issuing of forged cheques popping up around this time of the year. Because people are looking to buy a lot of items and people want to make money and meet targets for the end of the year. By now people should know that you do not take a cheque for a large amount of money on a Friday afternoon because there is no way to verify with the bank before Monday and, by Monday, fraud has already taken place,” he said.

He urged businesses owners and people in general to be always aware of cases of fraud.

“There is a lot of legislation to deal with this. As a normal citizen always be on alerts for potential fraudsters. There are organisations like Global Forensic Institute that can help. Look out for issues with company documentation, land transactions, people coming with get-rich-schemes.

“Regardless what the product is the business model is the same. They tell you if you sell so much for them you get points and with these points you get trips over seas and other false claims. Those are some of the main types of fraud we see popping up a lot,” he said.

GFI has been in operation for approximately five years, originally as part of Going Global Ltd. Its services include asset tracing, document examination, anti-money laundering and counter terrorist financing compliance.

According to their online brochure, they provide practical and customised educational sessions which will inform the organisation’s continuity plan and minimise their susceptibility to fraud and strengthen their anti-money laundering as their workforce is made cognisant of fraud. 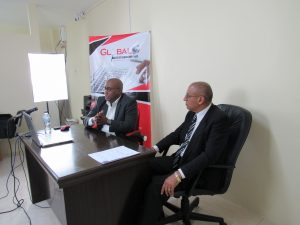 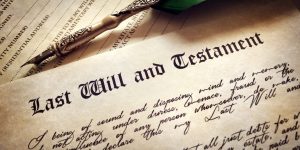